Dual-process theories of cognition
Christopher B. Germann (Marie Curie Alumnus / PhD, MSc, BSc)
2014
Dual-process theories in cognitive psychology hypothesize two qualitatively discernible
cognitive processes that operate according to fundamentally different principles. Second-
generation cognitive scientists use terms like automatic vs. controlled (Kahneman, 2003),
heuristic vs. analytic (Klaczynski, 2001a, 2001b), intuitive vs. reflective (Sperber, 1997), asso-
ciative vs. rule based (Sloman, 1996), personal vs. subpersonal (Frankish & Evans, 2009), an-
alogue vs. symbolic (Paivio, 1986), reflexive vs. reflective (Lieberman et al., 2002), et cetera.
In social psychology dual-process theorists also use a multifarious nomenclature. For instance,
heuristic vs. systematic (Chaiken, 1980), peripheral vs. central (Petty & Cacioppo, 1981, 1984),
implicit vs. explicit (Greenwald et al., 1998), automatic vs. conscious (Baumeister, 2005), ex-
periential vs. noetic (Strack & Deutsch, 2004), associative vs. propositional (Gawronski & Bo-
denhausen, 2006), to name just the most popular terms. However, it has been noted that
“what matters is not the specific names but the fact of duality” (Baumeister, 2005, p.75).
There is remarkable resemblance between dual process models conglomerated in social psy-
chology and those accrued in cognitive psychology. Evans (2009a) criticizes that there have
been few attempts to integrate dual-process theories across the different psychological par-
adigms (for exceptions see E. R. Smith & DeCoster, 2000 or (Barrett et al., 2004)). The now
widely used umbrella terms System 1 and System 2 which are used to label the two postulated
processes were first introduced by Stanowich (1999). A comprehensive summary of the fea-
tures attributed to each system has been compiled by Frankish (2009) and is reprinted (in
adapted form) in Table 1. 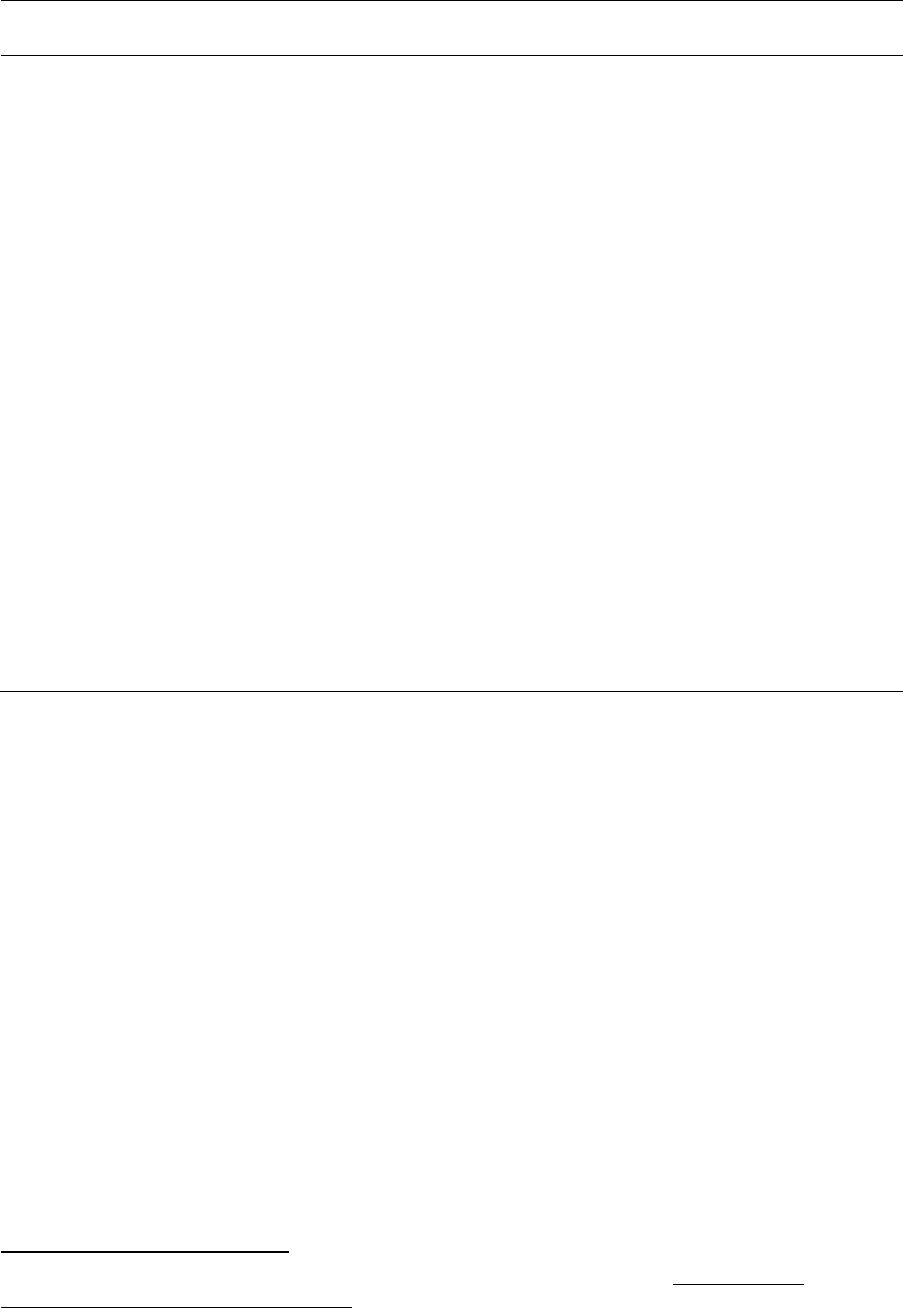 Table 1
Features attributed by various theorists to the hypothesized cognitive systems.
System 1
System 2
Evolutionarily old
Shared with animals
Implicit
Automatic
Parallel
Fast
High capacity
Intuitive
Unconscious
Contextualized
Semantic
Associative
Not linked to general intelligence
Independent of executive functions
Evolutionarily recent
Uniquely human
Explicit
Controlled
Sequential
Slow
Low capacity
Reflective
Conscious
Abstract
Logical
Rule-based
Linked to general intelligence
Dependent on executive functions
Nobel Prize winner Daniel Kahneman is momentarily presumably the most famous dual
process theory proponent. During his Nobel Prize lecture
1
he introduced his research project
as an “attempt to map departures from rational models and the mechanisms that explain
them”. Moreover, one of the main points on his agenda was to “introduce a general hypoth-
esis about intuitive thinking, which accounts for many systematic biases that have been ob-
served in human beliefs and decisions” (Kahneman, 2002). He advocates an evolutionary per-
spective on reasoning and his reflections are based on the assumption that there is a kind of
quasi biogenetic progression in the evolution of cognitive processes starting from automatic
processes which form the fundamental basis for the evolution of more deliberate modes of
information processing. The “phylogenetic” history of higher order cognitive processes could
be adumbrated as follows:
PERCEPTION → INTUITION → REASONING
According to this view, perception appears early on the timeline of evolutionary history
1
Associated URL of the official Nobel Prize lecture (2002, Stockholm University): https://www.no-
belprize.org/mediaplayer/index.php?id=531
whereas reasoning evolved relatively recently. Intuition is intermediate between the auto-
matic processes of perception and the deliberate, higher order reasoning processes that are
the hallmark of human intelligence (Kahneman, 2003). Furthermore, he proposes that intui-
tion is in many ways similar to perception and the analogy between perception and intuition
is the common denominator of much of his work. Perception is a highly selective process
which focuses on certain characteristics of the environment neglecting others. One could ar-
gue that reality is a continuous multimodal attack on our senses. The perceptual system deals
with this in different ways. For example, we perceive discrete events (Tversky et al., 2008)
and exclude irrelevant features from perception (Lavie et al., 2004; Simons & Chabris, 1999)
whereas other features “pop-out” due to their salience (Treisman & Gelade, 1980). Moreover,
some features are directly available to perception whereas other features are not. Kahneman
argues that most of the time we do not engage in effortful thinking and reasoning. Our stand-
ard mode of operations is intuitive thinking. This is the fundamental assumption underlying
the two-system view, which differentiates between intuition and reasoning. In the context of
dual process theories of reasoning Kahneman (2003) argues that System 1 processes are re-
sponsible for repeating simple and automatic operations, whereas System 2 processes are
accountable for deliberate mental operations and the detection and correction of errors
made by System 1. In order to illustrate the dual-system approach we would like the reader
to answer the following question (adapted from Frederick, 2005):
A BAG AND A BOOK COST TOGETHER £110.
THE BAG COST £100 MORE THAN THE BOOK.
WHAT DOES THE BOOK COST?
For most people the first thing that comes to mind is £10. Of course, this answer is incorrect.
Using the terminology of dual-process theories, System 1 has produced a fast heuristic re-
sponse and the slower System 2 is able to scrutinize this response analytically and might even-
tually correct it. This example neatly demonstrates the heuristic vs. analytic distinction in
dual-process theory (Evans, 2006; Kahneman, 2003; Klaczynski, 2001b). Sloman (2002) also
supports the notion of two different systems of reasoning and proclaims that people can be-
lieve in two contradictory responses simultaneously. Sloman articulates that “the systems
have different goals and are specialists at different kinds of problems” (Sloman, 1996, p.6). In
order to elucidate his argumentative line he uses an example of a judge (Sloman, 2002).
Judges often have to neglect their personal beliefs and decide a given case on the basis of
evidence according to the law. It is thus possible that the belief-based response of the judge
continues to be compelling regardless of certainty in the second response based on the jurid-
ical law. In addition, Sloman (2002) employs the classical Müller-Lyer illusion (Müller-Lyer,
1889) in order to illustrate that two independent systems are at work (see Figure 1).

Figure 1. The Müller-Lyer illusion (Müller-Lyer, 1889).
Even when the percipient knows that the two lines are of equal length the two lines are still
perceived as different. In other words, explicit knowledge (System 2) about physical reality
does not alter the visual percept (System 1). This classical example provides anecdotal evi-
dence for the existence of two cognitive systems, because people can believe in two contrary
responses simultaneously. A rich body of research demonstrates that the balance between
these two stipulated types of thinking can be shifted. Methods for shifting the balance to
System 1 processes involve concurrent working memory load (Gilbert, 1991) in order to in-
terfere with System 2 processes and the use of time pressure (Finucane et al., 2000) to impose
temporal processing constrains on System 2. Moreover, System 2 processing can be facili-
tated by explicitly instructing people to employ logical reasoning (Klauer et al., 2000). In ad-
dition, there are dispositional factors which are correlated with the functioning of System 2,
for instance, individual differences variables like the extensively studied “need for cognition”
(Shafir & LeBoeuf, 2002) and general cognitive ability (Stanovich & West, 1998, 2000). In ad-
dition, individual differences in executive functioning, working-memory capacity, and self-
control appear to play a pivotal role in this context. From a neuroscientific point of view, the
prefrontal cortices (PFC) are assumed to be responsible for executive control of different tasks
(Miller & Cohen, 2001). However, precise localization of function is difficult because the brain
is a complex and integrated system. Many researchers argue against a fully modular and de-
partmentalized anatomical view and for a continuous view on psychological constructs and
processes (but see Stuss, 1992). It has been noted that, “it is entirely possible that, although
the frontal lobes are often involved in many executive processes, other parts of the brain may
also be involved in executive control” (Baddeley, 1996, p. 6-7; see also Braver et al., 1997).
However, it seems as if certain brain regions are more involved in executive functioning than
others and the prefrontal cortices have been associated with executive control function (Della
Sala et al., 1998), supervisory system (Shallice, 2001; Alexander et al., 2007), and dysexecutive
syndrome (Baddeley & Wilson, 1988; Laine et al., 2009). Three regions seem to be particularly
involved in executive functioning, working memory, and self-control: 1) the dorsolateral pre-
frontal cortex (DL-PFC) 2) the ventromedial prefrontal cortex (vmPFC) and 3) the and the an-
terior cingulate cortex (ACC) (see Figure 2). 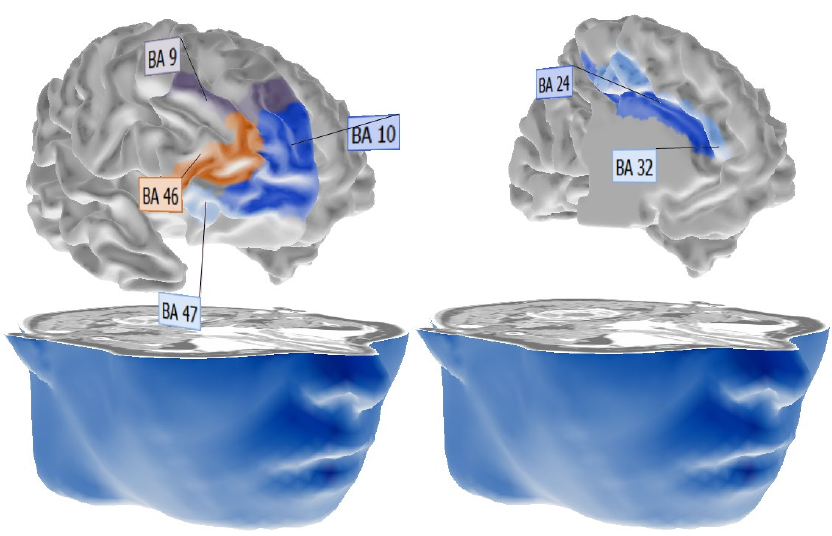 Figure 2. Neuroanatomical correlates of executive functions (DL-PFC, vmPFC, and ACC)
Left picture: Dorsolateral prefrontal cortex (Brodmann area 46 and 9), ventromedial pre-
frontal cortex (BA10) and inferior prefrontal gyrus (BA47). Right picture: ventral (BA24) and
dorsal (BA32) anterior cingulate cortex. 3D graphics were created using the “BrainVoyager”
software package (Goebel, 2007).
Space does not permit a detailed discussion of these neuroanatomical structures which ap-
pear to be crucial for sound logical reasoning and the inhibition of (habitual/automatic) belief-
based responses. However, we will briefly outline some of the main characteristics in the fol-
lowing paragraphs (we refer the interested reader to Miller & Cohen, 2001). For instance,
Fuster (1997) argued that the DL-PFC houses working memory whereas the ventral-prefrontal
cortex is associated with inhibition of (automatic) behavioural responses. However, other re-
searchers (e.g., May et al., 1999) disagreed, claiming that this functional dichotomy is not
evident because the processes are concatenated and dependent on one another. It has been
suggested that the dorsolateral prefrontal cortex is associated with the implementation of
cognitive control, executive functioning, working memory, attentional switching and selective
attention, whereas the ventromedial prefrontal cortex is assumed to moderate amygdala ac-
tivity, that is, emotions and emotional reactions (Bechara et al., 1999; Duncan & Owen, 2000).
The anterior cingulate cortex is assumed to be involved in performance monitoring and de-
tection of conflict and selection of appropriate responses (MacDonald et al., 2000; Miller &
Cohen, 2001; Pochon et al., 2008; Posner & Rothbart, 2009). Based on imaging data and lesion
studies researchers concluded that especially the dorsal ACC is very likely involved in situa-
tions that involve decision making, conflict, and inhibition (Ochsner & Gross, 2004, p.236).
Moreover, it has been suggested that self-control and executive functions are both associated
with an increase in anterior cingulate cortex activity (but see Posner et al., 2007).