A psychophysical investigation of quantum cognition: An interdisciplinary synthesis 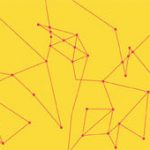 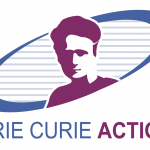 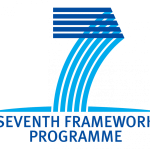 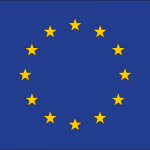 Autopoiesis (from Greek αὐτo (auto) meaning ‘self’ + ποίησις (poiesis) meaning ‘creation/production’) is term used to describe a given system capable of reproducing and maintaining itself. The term was coined in 1972 by Chilean biologists Humberto Maturana and Francisco Varela to describe the self-maintaining chemistry of living cells. Since then the concept has been used in various scientific disciplines (e.g., cognitive psychology, neuroscience, complex systems theory, computer science, sociology, etc.) and also in various artworks.

The original definition can be found in “Autopoiesis and Cognition: the Realization of the Living” (1973):

“An autopoietic machine is a machine organized (defined as a unity) as a network of processes of production (transformation and destruction) of components which: (i) through their interactions and transformations continuously regenerate and realize the network of processes (relations) that produced them; and (ii) constitute it (the machine) as a concrete unity in space in which they (the components) exist by specifying the topological domain of its realization as such a network.” (p.78)

” … the space defined by an autopoietic system is self-contained and cannot be described by using dimensions that define another space. When we refer to our interactions with a concrete autopoietic system, however, we project this system on the space of our manipulations and make a description of this projection.” (p.89)

“The author defends (what he refers to as) ‘intensional realism’ against sophisticated forms of instrumentalism, first, by elaborating a dispositional ontology for the physical world; second, by determining the necessary and sufficient conditions for the adequacy of scientific explanations; and third, by explicating the conception of scientific knowledge which is supported by this analysis. this work presents an alternative conceptual framework for understanding science which bears important affinites to the views of hacking, popper, and peirce.”
Maturana, H. R.. (2002). Autopoiesis, Structural Coupling and Cognition : A history of these and other notions in the biology of cognition. Cybernetics & Human Knowing

“My intent in this essay is to reflect on the history of some biological notions such as autopoiesis, structural coupling, and cognition, that i have developed since the early 1960’s as a result of my work on visual perception and the organization of the living. no doubt i shall repeat things that i have said in other publications (maturana & varela, 1980, 1988), and i shall present notions that once they are said appear as obvious truisms. moreover, i shall refine or expand the meaning of such notions, or even modify them. yet, in any case, the reader is not invited to attend to the truisms, or to what seems to be obvious, rather he or she is invited to attend to the consequences that those notions entail for the understanding of cognition as a biological process. after all, explanations or demonstrations always become self evident once they are understood and accepted, and the purpose of this essay is the expansion of understanding in all dimensions of human existence.”
Beer, R. D.. (2004). Autopoiesis and Cognition in the Game of Life. Artificial Life, 10(3), 309–326.

“Life is defined by maturana and varela as a type of self-organization: autopoiesis in the physical space. this resembles the concept of me- tabolism, which itself is typically included in definitions of life. three senses of metabolism are distinguished. if life depends on either auto- poiesis or metabolism (in the third sense), then strong a-life is impos- sible. the theory of autopoiesis challenges concepts familiar in biology and cognitive science. while its use of informational language is too restrictive, its use of cognitive language is too liberal: life does not im- ply cognition.”
Luisi, P. L.. (2003). Autopoiesis: a review and a reappraisal.. Die Naturwissenschaften, 90(2), 49–59.

“The aim of the paper is to review critically the notion of autopoiesis as presented by maturana and varela. in particular, recognizing that there are difficulties in obtaining a complete and clear picture from the primary literature, an effort is made to present a coherent view-also based on many years of personal contact with francisco varela. the paper begins with a few historical notes to highlight the cultural background from which the notion of autopoiesis arose. the basic principles of autopoiesis as a theory of cellular life are then described, emphasizing also what autopoiesis is not: not an abstract theory, not a concept of artificial life, not a theory about the origin of life-but rather a pragmatic blueprint of life based on cellular life. it shown how this view leads to a conceptually clear definition of minimal life and to a logical link with related notions, such as self-organization, emergence, biological autonomy, auto-referentiality, and interactions with the environment. the perturbations brought about by the environment are seen as changes selected and triggered by the inner organization of the living. these selective coupling interactions impart meaning to the minimal life and are thus defined by maturana and varela with the arguable term of ‘cognition’. this particular view on the mutual interactions between living organism and environment leads these authors to the notion of ‘enaction’, and to the surprising view that autopoiesis and cognition are two complementary, and in a way equivalent, aspects of life. it is then shown how cognition, so defined, permits us to build a bridge between biology and cognitive science. autopoiesis also allows one to conceive chemical models of minimal cellular life that can be implemented experimentally. the corresponding work on ‘chemical autopoiesis’ is then reviewed. the surprising impact of autopoiesis in the social sciences (‘social autopoiesis’) is also briefly discussed. this review also comments on why the theory of autopoiesis had, and still has, a difficult time being accepted into the mainstream of life-science research. finally, it is pointed out that the new interest in system biology and complexity theories may lead to a reappraisal of autopoiesis and related notions, as outlined also by other authors, such as tibor ganti and stuart kauffmann.”
Random quoteIntelligent search function (autocompletion)Hierarchical Sitemap Tree

Science has not yet taught us if madness is or is not the sublimity of the intelligence.